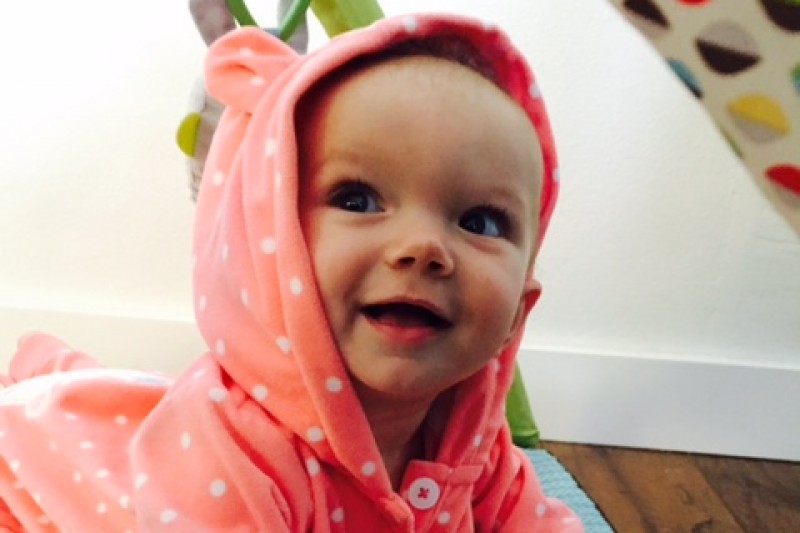 Penelope Puskedra, the seven-month-old daughter of Luke and Trudie Puskedra, was diagnosed with cancer just days after Luke finished fourth in the US Olympic Marathon Trials. Please consider assisting the Puskedra family by supporting the Go Fund Me campaign started by their friend and babysitter, Dana Tucker Reber.

The response from the international running and track and field communities has been remarkable. In the United States, the prominent runners who have contributed reads like a Who's Who of US distance running.

You may find more information, and may contribute, at:

Posted by Mark Cullen at 6:58 PM No comments:

It’s the night before the US Olympic Marathon Trials and quiet has descended – ever so briefly – on US track and field. On the west coast tomorrow, we’ll know the three place winners in each race by lunchtime, on the east coast before dinner. Then we’ll have 45 qualifying events to go before we know our entire 2016 Olympic team.

There are numerous prediction articles and threads widely available on the Track and Field News, Let’sRun.com and Runners World websites. I’ll add my voice to the mayhem…

Women’s Marathon
It’s high time for Desi Linden to win a major race. The Los Angeles heat will be the great equalizer and there will be no breakaway runner – unless it’s Linden. It’s a mystery why she hasn’t won a significant marathon yet – her focus is unrelenting and she is tough as nails. Her numerous credentials, including a PR of 2:22:38, put her in a league which includes only Shalane Flanagan (2:21:14).

Flanagan is coming back from injury and her situation creates a wild card of its own: is she all the way back? It is not uncommon for injured runners to have had deeper rest than they expected – and so be ready to fly. Flanagan herself, in an interview with LetsRun.com, noted that she has never failed to qualify for an Olympic spot in any race in which she’s attempted to qualify.

Her new training partner Amy Cragg (Hastings) needs to do only one thing and do it well: stick like glue with Flanagan until the last of four loops on Saturday and then let the racing begin. The advantage Cragg and Flanagan have as training mates should not be underestimated.

The rousing performance of the day could come from the resurgent 37-year-old Kara Goucher. She announced a return to fitness with two half marathons late last fall in 1:11:13 and 1:11:10. Do that twice in a row… immensely popular, twitter will explode if Goucher makes the team.

Can’t get them out of my head:
Serena Burla finished 10th in Beijing at Worlds last summer in 2:31:06 in sweltering conditions. Could that time make the Olympic team on a near 80-degree day in LA? Absolutely.
Sara Hall ran a PR 1:10:07 half marathon in Houston in January; that makes her the Luke Puskedra of this race - enormous talent and potential on the verge of being realized?
Kellyn Taylor’s spectacular 2:28:40 marathon debut in the 2015 Houston race puts her in the thick of the qualifiers. The Northern Arizona Elite athlete, coached by the inestimable Ben Rosario, has come down from Flagstaff’s altitude and has been training in California for several weeks before the Trials.
Annie Bersagel just keeps clicking off the 2:28 marathons.
Maegan Krifchin has an impressive 1:09:51 half to her recent credit; she'll need to take down her 2:33 PR by 3-4 minutes to be in the mix for a trip to Rio.
New US citizens Misiker Demisse (2:25:45) and Belainesh Gebre (2:26:17) could make moot all the pre-race enthusiasm for US Olympic veterans Flanagan, Linden, Cragg and Goucher. They immigrated from Ethiopia, a country lately on the rise in international running circles.

Linden and Flanagan are head and shoulders above this field in terms of quality, depth, and consistency of performances. Linden is a strong choice to make the team while Flanagan seems a bit vulnerable; she faded to 9th in the 2015 Boston. While Cragg and Goucher seem to have the stars aligning for them, I think it’s likely that the heat will favor someone who has performed well in heat before. Burla’s magnificent 10th in sweltering conditions in Beijing makes her a favorite in my book. There will be some changing of the guard, and Kellyn Taylor might well be famous by Valentine's Day.

Men's Marathon
It seems wild to pick two runners as Olympians who haven’t yet competed at the distance. But Galen Rupp and Sam Chelanga bring credentials at all the other distances that should put all but Dathan Ritzenheim in their rear view mirrors. Rupp is the 2012 Olympic 10,000m silver medalist and qualified for the Trials by strolling through a 1:01:20 half-marathon qualifier in January. With PRs of 12:58/26:44, he is the class of this field.

Sam Chelanga will run his first US Olympic Trials race at age 30 as he became a US citizen last August. Born and raised in Kenya, Chelanga had a stellar NCAA career at Liberty University and remains the NCAA 10,000m record holder at 27:08.39, with a 13:04 5k PR to back that up. Like Meb at USC, he won 4 NCAA titles.

Three-time Olympian Dathan Ritzenheim has tremendous range and experience - and an even faster 5k PR (12:56.27) than Galen Rupp’s. His marathon best of 2:07:47 is the fastest in the field.

Meb Keflegizi is ready to beat the pundits again, even at age 40. No one saw his shocking and memorable 2014 Boston win coming, and he has been underestimated many times before. All those who picked him for Olympic marathon silver in 2004, step to the front. Hi, Grandma! His 2009 New York win? Well, hello Grandma once again. I’d love to see him crown his career with one more Olympic team, but his results since his Boston win, while solid, are just not as competitive as needed to make him a podium favorite. The heat-induced slower pace will favor him well.

Elkanah Kibet is training with Chelanga in Tucson and, like Amy Cragg, needs to stick like glue to his more accomplished training partner until the last loop and then let loose. His record is unusual: a 2:11:31 marathon debut in Chicago last fall backed up by… a 13:53.05 5k from 2009!

Luke Puskedra and Nick Arciniaga have, at various times, been the flavor of the month when it comes to marathon team favorites. Arciniaga has shown spotty brilliance, and Puskedra is the youngest among the favorites. It’s not only his 2:10:24 PR that gets attention, it’s his controlled 1:01:29 half marathon a month ago.

Diego Estrada’s 1:00:51 qualifier demands attention and he, like Puskedra, is 26 years old. Jeff Eggleston has made three World Championships marathon teams and knows the ropes of major meet racing.

There’s an emotional wild card in this race: Chelanga is a new US citizen. He will want to mark his first Olympic team with gold. He, more than anyone else, has the motivation to win even more than qualify. And he’s the only one with anything remotely resembling Rupp’s finishing speed.

Posted by Mark Cullen at 9:45 PM No comments:

Watch this from start to finish.

Then skip the Super Bowl as you will have had all the inspiration you'll need for today.
Posted by Mark Cullen at 10:32 AM No comments: