Epic Women's Hammer: Track and Field News has posted my report on the remarkable women's hammer throw at the US Olympic Track and Field Trials. DeAnna Price twice set the American Record in the second 'hammerfest' of the week! The article is available at: https://bit.ly/3dpVgAp

The Talented Prefontaines: Steve and Linda

In honor of the men's Olympic Trials 5,000m race today at Hayward Field, I am posting "Steve" - the story of what happened between Steve Prefontaine and me the day he won the 1972 Olympic Trials 5000m. http://www.trackerati.com/2015/05/steve.html

Here, too, is the link to my article "Linda Prefontaine's Tour de Pre" in which you'll discover just how talented the entire family is: http://www.trackerati.com/2017/07/linda-prefontaines-tour-de-pre.html

And the link to the Tour de Pre Facebook page, which includes tour  registration information: http://www.trackerati.com/2017/07/linda-prefontaines-tour-de-pre.html 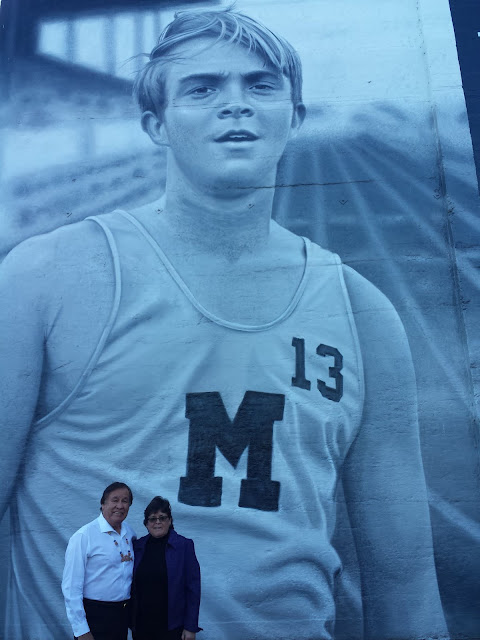 Posted by Mark Cullen at 9:11 AM No comments:

Epic Men's Hammer: Track and Field News has posted my report on the remarkable men's hammer throw at the US Olympic Track and Field Trials. Rudy Winkler set the American Record in what became a festival-like atmosphere on the southern periphery of Hayward Field. The article is available at: https://bit.ly/3d2b7Fc

Read more »
Posted by Mark Cullen at 8:20 AM No comments:

The Shot Heard 'Round the World

This one had been brewing for a long time.

Ryan Crouser shattered the world shot put record with his prodigious 4th round throw of 76' 8 1/4" / 23.37 at today's US Olympic Track and Field Trials in Eugene, Oregon. 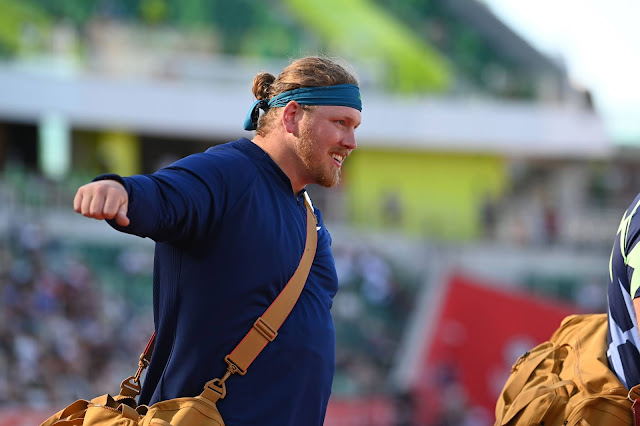 The Rio 2016 Olympic gold medalist, long seen as the heir apparent of the world shot put record, ended the suspense with a throw so perfect he was celebrating before it landed. Fellow competitors hugged him before the mark was posted. They knew.

"That's it right there!" screamed Payton Otterdahl while embracing Crouser. 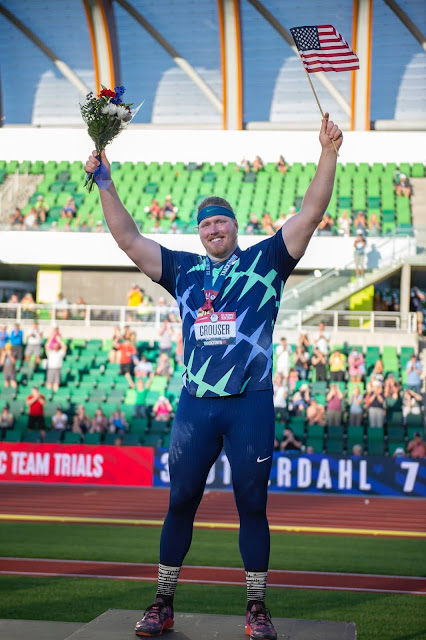 Crouser demolished the previous world record by 10". His performance was part of an epic competition in which there were 14 throws over 70'.

Darrell Hill was a heartbreaking 4th by only 1", while Payton Otterdahl realized his early potential by making his first Olympic Team with his 5th round 71'11"/21.92 personal best to finish 3rd.

2019 World Champion Joe Kovacs had a remarkable no-foul 6-throw series in which each throw exceeded 70'. He gained a firm footing on second place with his 5th round 73-3 1/2/22.34 to make his second Olympic team.

The US sends an exceptionally - historically - deep shot put team to the Olympic Games.

Crouser had presaged his memorable mark with a Trials record 22.92/75-2.5 in the afternoon qualifying, his 2nd best throw ever.

Crouser's worldwide competitors should be worried. In thorough analysis of his technique today, Crouser was balanced in describing what he had done well and what he could do better.

However, he said, "...that was nowhere near the perfect throw."

I've been covering the NCAA women's and men's hammer throws for Track and Field News in Eugene this week.

Here are links to my two articles: 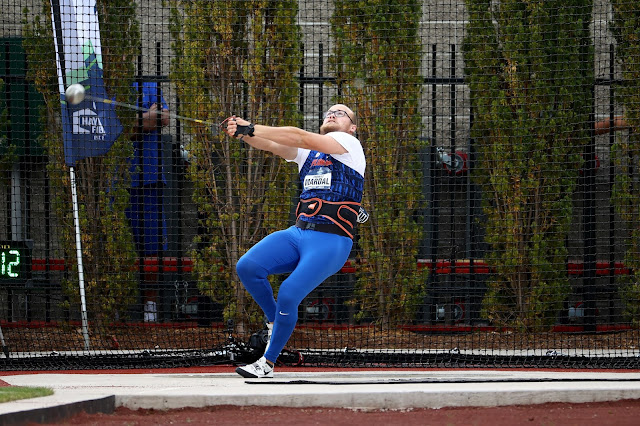 A request for a photo of Camryn Rogers is pending.

Posted by Mark Cullen at 7:44 AM No comments: