Dubbed the “Godmother of Green Lake” by Seattle columnist Emmett Watson, Laurel James opened her legendary running store, Super Jock ‘n Jill, the day after Thanksgiving in 1975.
James was the single mother of five boys when she decided that the real estate and insurance licenses she held did not represent her future. “It wasn’t working at all,” said James. “This was the era of ‘Will the last person leaving Seattle please turn out the lights.’ ”

When her two oldest sons, Brent and Chet, went to college, her son Bryce came home one day in 1974 and asked if he could invite his new coach over for dinner.

Tyson was the inspiration for James’ involvement with running, and he introduced her to his famous Oregon teammate and college roommate Steve Prefontaine. “Meeting Pre was like putting frosting on the cake,” she said. “I thought he was great and my Mom thought he was great, too.”

At 40, James had $10,000 and a dream. Stand-alone running stores were a novelty then; they were few and, quite literally, far between. But the running bug had bitten James.

“One reason I started Super Jock ‘n Jill was none of the sporting goods stores had a selection of good running shoes. All I had was a pair of Keds, and even track spikes were dated then.”

James opened “SJ+J” in a converted gas station near Seattle’s Green Lake where, ironically, Road Runner Sports now operates. This location, however, was her second choice. All along she had her eye on the Masonic Temple building where the store operates to this day, and after a two-and-a-half year wait, she occupied her dream location.

The fledgling business was a family enterprise, and all five sons helped clean years of dust out of the first facility. Chet is now the owner of Super Jock ‘n Jill and Brent - one of Nike’s early employees – has had a very successful career in shoe design. Allen was a ’92 and ’96 race walking Olympian. Says Chet, “My Mom gave birth to this; I adopted it.”

The store and the James home hosted prominent guests: Grete Waitz, Fred Lebow, Olympic and World champion Ernesto Canto and the Mexican race walking team, and none other than Arthur Lydiard.

The name of the store grew out of a trade show James attended in Phoenix. A friend had suggested The Jock Shop in honor of her energetic brood, but James flew home knowing that wasn’t quite right. “I came off the plane with Super Jock and four days later added Jill.”

This name generated threats of a lawsuit from the Jockey underwear company. Said James to their lawyer, “What makes you think you can take on a woman with five kids? What kind of press are you going to get out of that?”

Geography played a key role in the success of her enterprise. Green Lake became the go-to destination for Seattle’s running community as the 1970s running boom took off. James vowed that she would not start in a mall. “I don’t want looky-loos,” she recalled saying to herself. “I want clientele.”

Key to James’ success was her resourcefulness. “I remember one day a truck pulled up and they offloaded something like 577 pairs of Nikes – with a bill for $30,000. I didn’t have $30,000 and after three days, I called Nike’s credit manager, who really didn’t want me to have my own store. But their local rep, Al Miller, had faith that I’d make it.”

It was James’ irrefutable logic that carried the day. “I told the credit manager that he didn’t want these back, and that I didn’t want to pay a 15% surcharge if I did return them. I promised I’d send him a check every Friday.” In three months the bill was paid – and the shoes were sold. “It was 1979,” said James, “and it was one of the times we were hanging by a thread.”

Super Jock ‘n Jill was the first sponsor of the Seattle Marathon, and sponsorship made for some strange bedfellows in the early days. One underwriter of the Red Brick Road Half-Marathon was the lamb industry. “The night before the race we had a whole gang of people in my house making lamb sandwiches that we gave to the vendors the next day!”

It was James who conceived of the Olympia, WA, bid for the 1984 US Women’s Olympic Trials Marathon, and a point of pride for James is the trailblazing support she and her store gave women distance runners and running.

Olympia was up against heavyweights: New York (Fred Lebow and the New York Road Runners Club), Buffalo (which had already been awarded the US men’s marathon trials), Los Angeles (which had ‘84’s biggest meet of all), and Kansas City. Olympia pulled out all the stops, including having US Senator Slade Gorton narrate the presentation in person.

Olympia’s win is considered one of the most colossal upsets in bid history. No surprise, given the determined driving force behind it.

James, who in August turned twice the age of the store, views Super Jock ‘n Jill as a neighborhood store – with a very expansive neighborhood.

The store’s success has always been about the personal relationships it generates. In its early days it was “a great hangout place,” said James, a place where lifelong friendships were formed. “There was no other place to go to find this sense of a running community.”

For 40 years, a store forged from family has given Seattle’s running community its home.

I shopped at Super Jock 'n' Jill the day it opened in 1975. The previous summer Pat Tyson had introduced me to Laurel James in Eugene. She told me of her dream and I promised I'd support it. Laurel and I remain friends to this day. In fact, a year ago, when Super Jock 'n' Jill opened their Redmond store a year ago, Chet made sure I was the very first customer.

A version of this story appeared in the November/December issue of Northwest Runner. Special thanks to publisher Frank Field for his gracious introduction in the magazine. 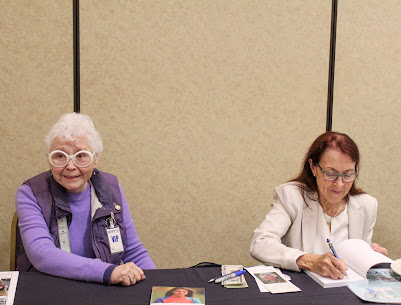