*Quigley's Triumph Is Not a Surprise; Houlihan's Loss Is

In the beautiful state of the art Ocean Breeze Track and Field Athletic Complex in Staten Island, NY, the 2019 US Indoor Track and Field competitions got underway Friday and continued with an exciting Saturday program.

Alternate distances such as 300m, 600m, 1000m, and the two-mile are being  contested in a year with no World Indoor championships on the line. An interesting and much-debated qualifying system is being used: advancement is based on time. That is, a faster first place time in a 'slower' heat could win a national championship title outright.

That's exactly what happened in the men's two-mile when Andrew Hunter - who was placed in the "B" heat when he did not have a qualifying time - ran a meet record and world leading 8:25.29.

Hunter stood back and watched as the "A" heat could muster only a 4:24.78 opener; Eric Avila's 8:32.41 "A" heat win gave him second place overall, and the talented and acclaimed Hunter - of whom much has been expected since his surprising decision to forego collegiate running - had won his first senior national title while watching from an unusual place: the sidelines.

What to many was the most surprising performance came when Colleen Quigley upset Bowerman Track Club teammate and 8-time national champion Shelby Houlihan in the mile. Quigley ran a magnificently paced race that, combined with an assertive acceleration with less than 600m to go, gave her a lead Houlihan could never overcome. Quigley closed with 200m splits of 34.59 - 31.09 - 29.00 to win in 4:29.47. Note that from her 3rd to 2nd to last 200m she increased her pace by 3.5 seconds.

Quigley showed she was ready to win her first national title when she ran 9:10.75 to win the ISTAF steeplechase in Berlin last September in much the same manner. She was unbeatable in the later stages of the race and won going away by over 4 seconds to defeat Kenya's Daisy Jepkemei and move to #3 all-time US, behind only Courtney Frerichs and Emma Coburn. One could only wonder how much faster she might have run in Berlin had she been challenged more at the end; 9:05 or faster seemed a distinct possibility.

Two national high school records fell on the first two days of competition. Anna Hall set a new pentathlon record of 4302 Friday evening, taking down the previous high school best of Kendell Williams, who was in the field and won. Hall rewrote the record by a remarkable 234 points.

“[Breaking the record] was definitely in the back of my mind. I was hoping for 4400 points and fell a little short of that but, I’m still happy with how I was able to execute with the best people I’ve ever competed against.”

Best indeed as Hall stood on the podium, a high schooler 3rd in the nation at the senior level.

Said gracious winner and Georgia graduate Kendall Williams, “Her competition today was so great and we’re really excited to have her coming to Athens. If anyone was going to break my record, I’m glad it was a baby Bulldog.”

Possibly of greater significance is that the 16 year old led all qualifiers. Raevyn Rogers, Olivia Baker, Georganne Moline, Madeline Kopp, and Kendra Chambers will join her in Sunday's final, which is suddenly one of the most highly anticipated races of these championships.

Ryan Crouser had what is intrinsically the finest mark of the first two days. The Olympic champion's 72' 10 3/4"shot put is #10 all-time world indoors. To be close to 73' indoors begs the question of how far he can throw outdoors. The world record is 75' 8".

Vashti Cunningham won her fourth consecutive indoor US high jump title, the first woman in 50 years to do so. The 2016 World Indoor champion is aging gracefully at 21.


Complete results are at: https://results.usatf.org/

LetsRun.com is doing its usual fine job with post-race video interviews, and these can be seen at: https://www.youtube.com/playlistlist=PLwq03wnoevG8IkjTYOSWATu4SxoL77wiC 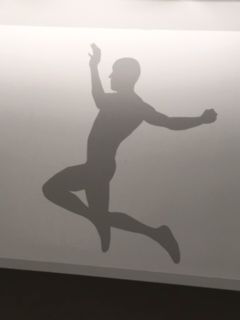 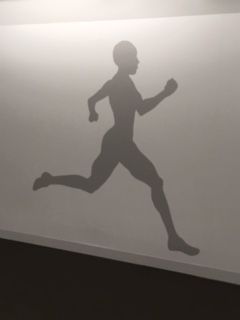 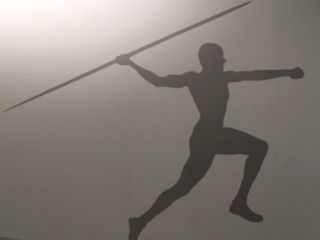