An honor and a privilege this week to attend the induction of the inaugural class of the National High School Track and Field Hall of Fame at the New York Athletic Club at Linda Prefontaine's invitation.

Here Linda is giving the induction speech for her brother, Steve: 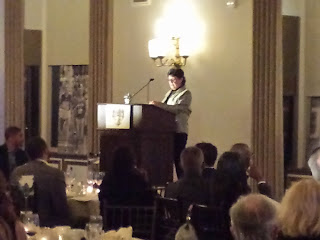 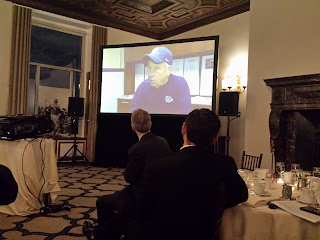 I asked inductees, as well as athletes at the New Balance National High School Indoor Championships, what they think it took or takes to become a member of this Hall of Fame.

I think their answers will interest and delight you, and I'll be posting this article soon.

Linda and I saw some of the sights, especially in Central Park. It snowed upon arrival and Linda was stuck in Denver while two flights were cancelled and a third brought her to New York  almost a full day late. Many thanks to Linda for hanging in there and being so focused on getting to the NYAC for her brother's induction. 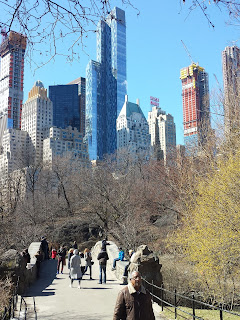 I'd like to conclude with sending my heartfelt thanks to Linda Prefontaine for her wholly unexpected invitation which made this thrilling experience possible.

I mean, I spoke with Jesse Owens' granddaughter! 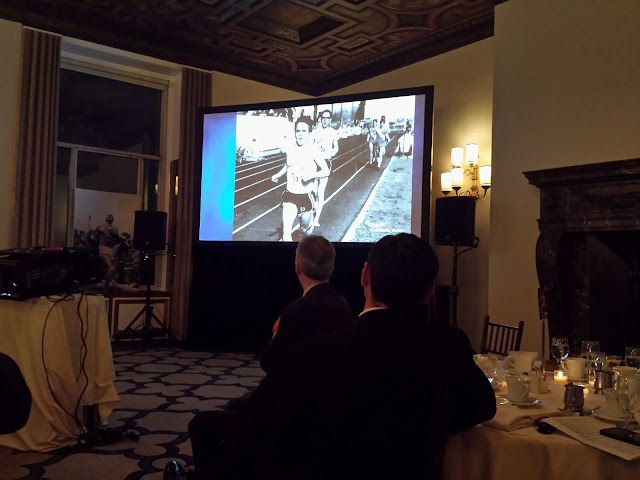