I'm Not Supposed to Be in the VIP Lounge

A Day in the Doha Writing Life
by Mark Cullen

From attending a press conference with some of the sport's biggest stars, to retrieving the swag bag I missed in the excitement of having Fahal the Falcon show up at registration, to meeting again with Mr. Ismail of 'selfie joy' fame, to facilitating a meeting of the University of Oregon School of Journalism's track writing class with the rock star crew from LetsRun.com, to attending a sweltering practice for 4.5 hours that I had thought would last for 1.5, to orienting myself to the stadium and finding myself in places I'm really not supposed to be... there is much more to the writer's life than meets the eye.


USATF Team Press Conference
400m world record holder Delilah Muhammad, Olympic shot put champion Ryan Crouser, World steeplechase champion Emma Coburn, and Rai Benjamin, equal #3 400m hurdler all-time - tied with Edwin Moses! - represented the United States at the team press conference at Khalifa Stadium in Doha.
Coburn's 2017 London Worlds win was one of the most shocking and unexpected I've ever seen. That teammate Courtney Frerichs was 2nd made the outcome border on the unbelievable. A day or two before, Track and Field News asked if I'd add an event to my coverage assignments. I was quite reluctant but they, too, had been quite supportive in my early days by linking repeatedly to my articles and giving my writing a visibility it could not otherwise have had. I agreed. The assignment? The women's steeple, arguably the highlight of the championships.
Benjamin is a wonderfully thoughtful man who gives great respect to journalists by considering deeply every question we ask. He is also kind and funny and is not to be missed when the interview opportunity arises. 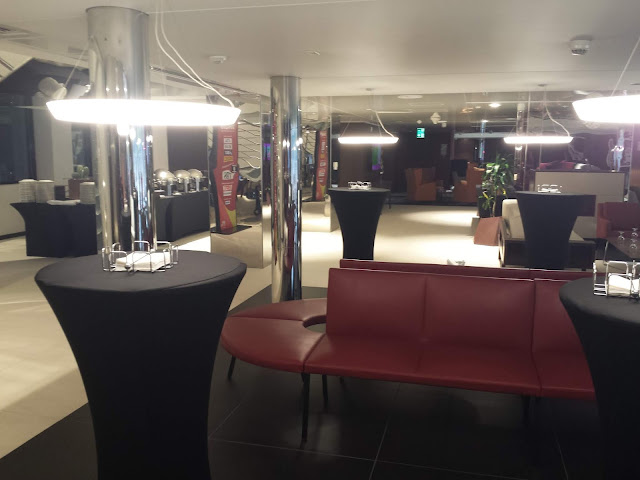 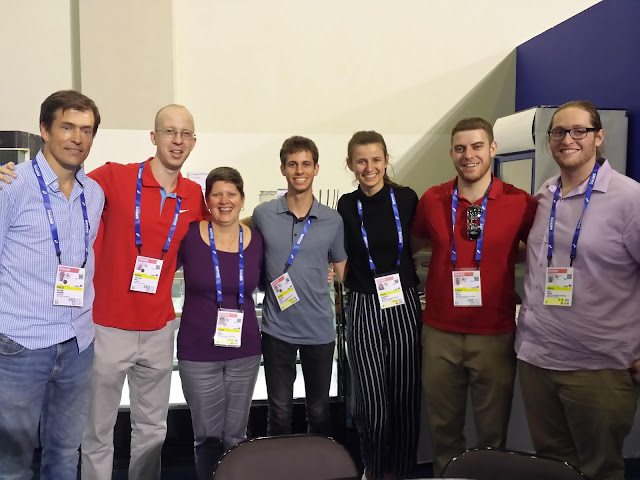 Weldon Johnson and Jonathan Gault (l-r) are rock stars in the track writing world. They graciously agreed to meet with journalism rock star in her own right, Lori Shontz, whose innovative University of Oregon School of Journalism track writing class is defining new standards, goals, and expectations for the teaching of track writing. They go where the action is and the action is here.

Continuing, Shontz is next to Gault, with Nate Mann, Brooklynn Loiselle, Brett Taylor, and Alex Castle. How good is Shontz? 87% of the graduates of her class have jobs in the field. And here I thought we were losing print jobs in journalism. We are.

Via Twitter, one of Shontz's gradutes said about seeing his classmates in Doha, "The best class I've ever taken just got better." 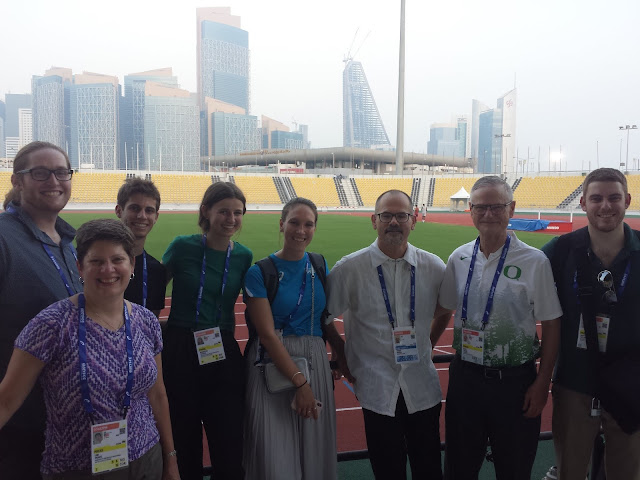 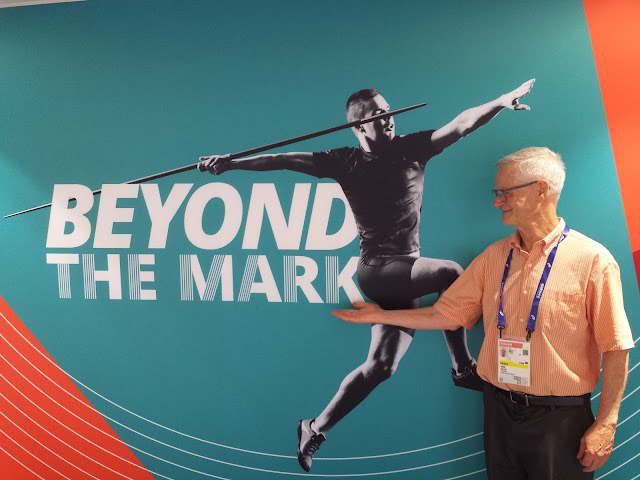 To clarify, it's all about me.