A Walk in the Rain - Day 2 World Junior Track + Field

Anezka Drahotova is the new World Junior record holder in the women’s 10k racewalk. The Czech’s 42:47.25 in the drizzle and rain of Eugene took down Yelena Lashmanova's (Rus) previous standard of 42:59.48. Drahotova, who will be competing in the European Championships 20k walk in Zurich in August, led at every split and pulled away for a  dominating victory of just over 75 seconds.

The stunningly versatile athlete finished 2nd and 3rd, respectively, in the cycling road race and time trial in the 2013 Czech national championships; she was 17 at the time. Meanwhile, her 3,000m steeplechase PB is 10:10.45.
Her twin sister, Eliska, finished 27th and 12th in the same cycling championships, and was DQed in this morning’s 10k walk.
Drahotova has a small but important support group, “Just me and my sister and three or four guys.”
“I don’t train with her but she support me really early and I really appreciate that she is next to me and supporting me,” said the newly crowned World Junior Champion. “I don’t think that I could go on without her help.”
Drahotova says of her future over the barriers, “I also enjoy the running but I have no time to train running, so maybe next year I will do running and maybe I will be better because I have really bad technique on the water, on the hurdles.” She plans to focus on running after next year’s World Championships in Beijing. Watch out, world. 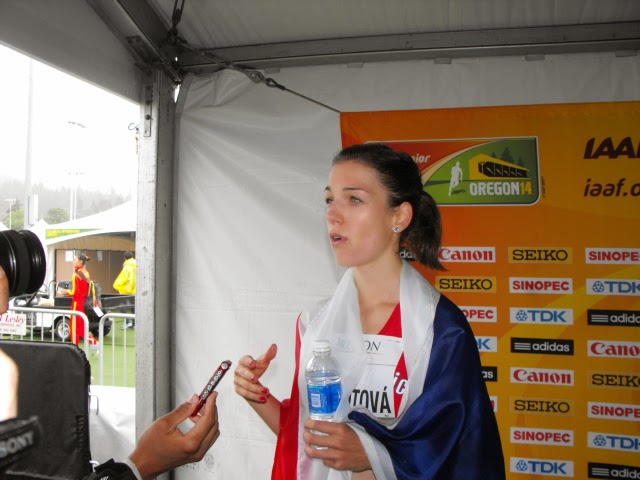 Now, her goal is to “go to Zurich to enjoy the race and do the best I can do.”
“The girls they are really good this year. I saw the race from China from Taicing!”  A look of awe came over Drahotova’s face. There she finished 3rd in the junior 10k walk to China’s Dandan Duan and Jiayu Yang and then watched the seniors. But she is not the one to have to worry about her competition in Zurich.
The racewalking prodigy was 7th in the  Moscow World Championships 20k last summer after being in medal contention for much of the race. She had just turned 18.
Today, she won her world junior title and set her junior world record a day after turning 19 - rather a nice combination of birthday presents for herself.

Drahotova acknowledged that last night she had a dream about winning today and setting a record.
A very strong candidate for a medal in Zurich next month, World and Olympic medals are in her future - and sooner than even she dreams. 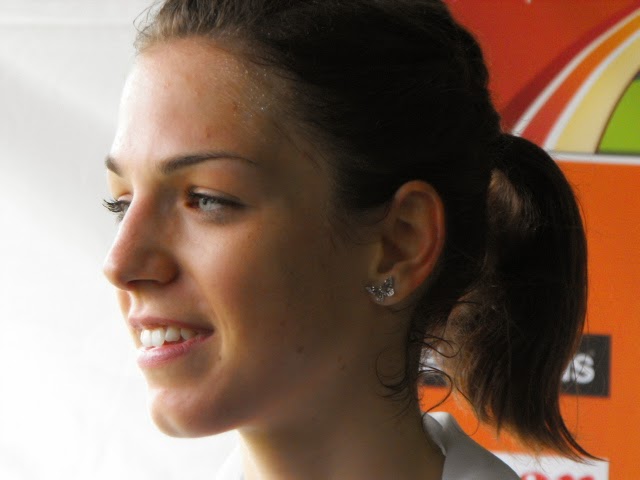