As Good As Gold


The day before competition began at the World Junior Championships, a group of athletes from the Netherlands and South Africa was gathered in the fan zone in front of a plexiglass wall, part of a display that shows the names, by region, of each of the junior competitors from around the world.
The athletes, who were taking pictures of each other, had just met. I got out my camera (I was wearing a press pass), but what was permission to me was new to them.  They were not used to having their pictures taken. For most, it was their first time at a major meet.
An interesting discussion took place, and Tshepang Makhethe, a hammer thrower from South Africa, emerged as spokesman for the group. After a successful dialogue, he and I moved on to discuss his anticipated experiences in Eugene as well as his passion for the hammer.
World Juniors is Makhethe’s second international meet, as he threw 75.54m (5kg hammer) at the World Youth (17 and under) Championships in Donetsk last year when he was 17 years old.
(Makhethe was second youngest among the hammer finalists in Eugene; each of the medalists here is 50+ weeks older than Makhethe, which he accurately describes as a “very big gap.”)
Makhethe came into World Juniors with a personal best of 74.13m (243' 2.5", 6kg hammer) from his national championships in April this year.
In qualifying rounds on Thursday, Makhethe threw 72.99m to advance to the finals.
Friday, he finished 10th in 72.94m, just missing the final 8 and three more throws.
“Today I was disappointed,” he said. “I would have loved to go out with a personal best, but I guess today was just not my day to get it.”
“I was really enjoying the experience because that’s basically what I came out to do. And learn a few things or two and that’s exactly what I did. It was pretty nice.”
He continued, “You’re not all going to get the medals so you all have to learn something from the experience.”
What did he learn?
“First of all, I’ve learned to handle my pressure. It was a very strong field I was in and I just had to relax and do my own thing. I think I was too worried in what the other athletes were doing and not focused on my own thing.”
“But now we know how to do it for the next one.” 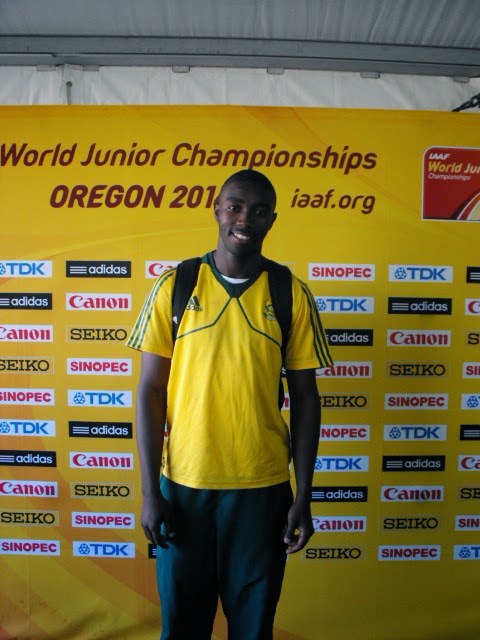 After a long trip back to South Africa on Monday and Tuesday, Makhethe will return to his senior year of high school.
Hammer throwing remains an integral part of his future.
“Me and my coach (Basie Koen) - it was in our plans from the beginning to see how far we can throw. If, God willing, anything can happens, so we just keep going with what God has planned for us.”
I was struck by the number of times Makhethe used ‘we’ instead of ‘I.’ Clearly, he sees his performance and progression as the outcome of a group effort.
Makhethe feels he is in a good place to fulfill his potential.
“The setup I am in right now is a pretty good setup. Back in my high school they have a beautiful gymnasium,” he says, as well as two throwing circles at the back of his school. The initiative to build this hammer facility came from Chris Harmse, the 2010 Commonwealth Champion and South African record holder at 80.63m.
Makhethe salutes Koen by saying, “My coach is basically the only one in the whole country who has the knowledge and experience to be a qualified international hammer coach.”
And with Chris Harmse as his training partner, he is surrounded by South Africa’s best coaches as well as training facilities.
“It was interesting because today I have a disappointed heart, but there’s something gained as well. It’s time to go home and back to school work.”
We wish each other the best and I note that I have been to the World Championships seven times.
Without hesitation, Makhethe replies, “I might meet you in Beijing.”
Not at all a surprise that he knows when and where the next senior World Championships will be.
Donetsk – Eugene – Beijing – what a triple that would be.
With a knowing sparkle in his eyes, he captures his future.
“If it’s a passion, you can’t hold it back.” 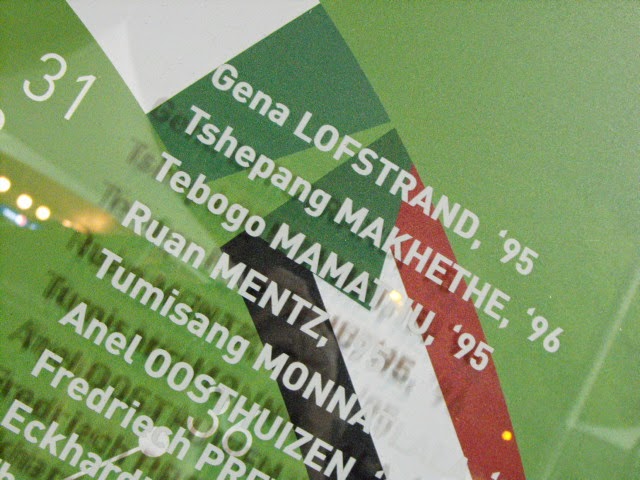 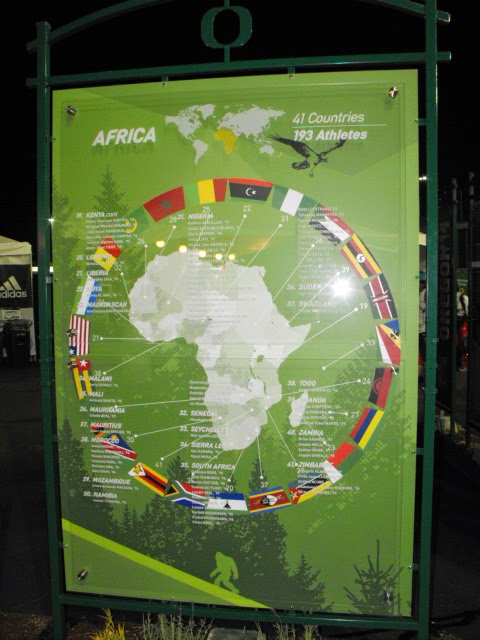