Friday, 10/16/15, is the 47th anniversary of the famous black power protest by Tommie Smith and John Carlos on the 200m victory stand at the 1968 Mexico City Olympics. This is my story of the 2014 dedication of the 1968 training camp at Echo Summit, CA, as a California Historical Landmark - a story of that day, and of their times.

I’ve included an addendum to reflect recent scholarship on the role of the ‘third man on the podium,’ Australia’s fast-closing silver medalist, Peter Norman. 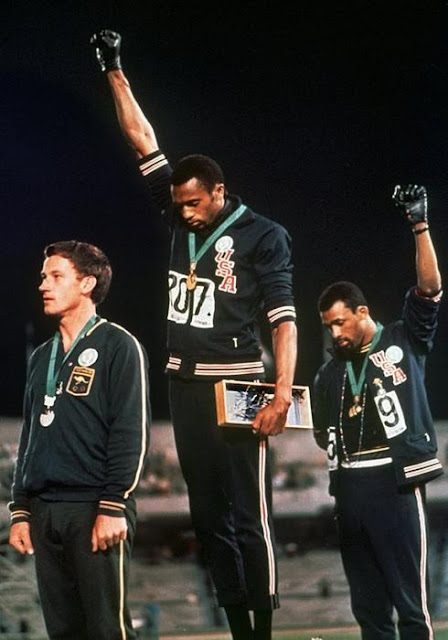 Four world records were set during the Olympic Trials at the 7382’ elevation of the Echo Summit site, chosen for its nearly identical elevation to that of Olympic host Mexico City.

In 1968, their silent act of courage echoed around the world; it reverberates still. 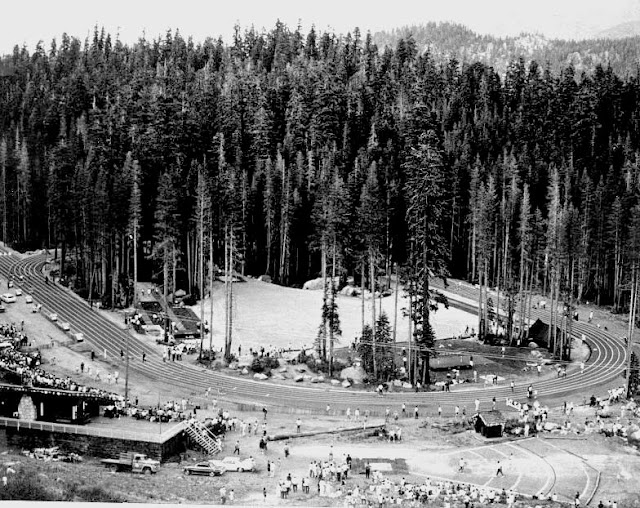 Peter Norman, Australian silver medalist, also paid dearly for his courage. On the Mexico City podium, he wore a badge of the Olympic Project for Human Rights in support of Smith and Carlos, and for this he, too, was vilified in his home country. In spite of the fact that he met the 1972 100m and 200m qualifying marks repeatedly, was the 200m defending silver medalist and the Australian 200m record holder (and still is to this day), he was not named to Australia’s 1972 Olympic team.

To Australia’s eternal shame, Norman was not invited to the 2000 Sydney Olympics. 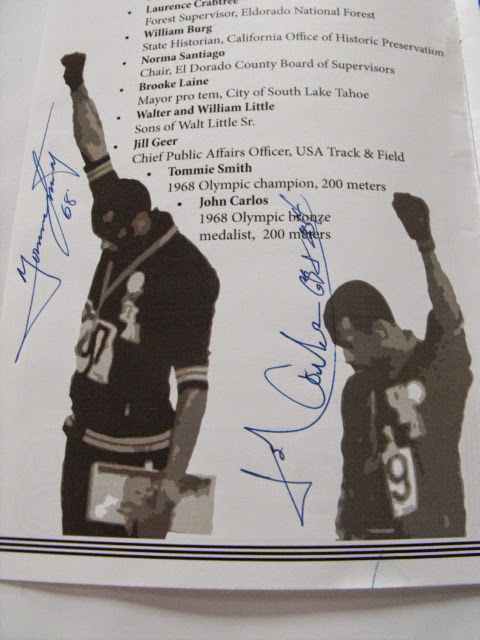