One of the slowest major championship men’s steeplechases was clearly also one of the best. Kenya’s Conselsus Kipruto lost his shoe on the first lap and was quickly adopted as favorite by the crowd.

In a race reminiscent of Garry Bjorklund’s heroic 1976 Olympic Trials 10,000m performance on rock-hard Stevenson Track in Eugene - in which he ran the second half of the race without a shoe and passed Billy Rodgers on the last lap to make the Olympic team – Kipruto stayed with the lead pack and surged repeatedly in an effort to win the Diamond League title.

Sometimes he strayed back as far as 5th or 6th place, but he always remained within striking distance of the leaders. In an epic last lap, Kipruto came off the last barrier in 2nd and edged forward inexorably to steal the win from Morocco’s Soufiane El Bakkali.

You might want to put someone other than El Bakkali on your Middle School cross country bulletin board. Not known as a beacon of sportsmanship, the time he spent turning around and shouting at competitors when the jostling got to be too much for him might well have been more productively spent trying to get to the finish line first.

Speaking of close finishes, Kenya’s Hellen Obiri and Sifan Hassan (ND) had one of their own. Hassan, who is doubling back in the 1500m today in Brussels, has been working quite intentionally on her speed and this turned into a showdown over the last 200m. It looked – repeatedly – as though Siffan would pass Obiri, but Obiri turned back every attack to win in 14:38.39. Siffan was dismayed after she crossed the finish line and raised her hands to her head in frustration and disbelief.

Dalilah Muhammad (US) turned back teammate Shamier Little 53.88-54.21 in the 400m hurdles. Little went out fast but could not sustain her lead over the last three barriers as Muhammad charged hard over the 8th hurdle and won going away. Karsten Warholm (Nor) and Yasmani Copello (Tur) were expected to duke it out in their turn over the barriers. Try telling that to Kyron McMaster (BVI), who took the lead over the last hurdle and got to the line .02 ahead of Warholm.

The women’s 100m provided the usual fireworks but not the usual result. Like McMaster, also 2nd or 3rd on most form charts was Murielle Ahoure (CIV), but the finish line told a different tale as Ahoure was first to arrive. Great Britain’s European champion, Dina Asher-Smith, was second, 11.01-11.08, with co-favorite Marie-Josee Ta Lou (CIV) an unexpected 3rd.

The men’s 400m gave Fred Kerley his first major title outside the US as he turned back teammate Nathan Strother, 44.80-44.93, slowish times for what has been such a hot event this year. Nonetheless, props to Strother on such a huge competitive success. After scorching a 44.34 in May, he did not qualify for the NCAA final in June. Now he’s second in the Diamond League.

Noah Lyles sometimes doubts his start. Perhaps he won’t after he turned the expected showdown with Turkey’s Ramil Guliyev into a rout. Lyles blasted from the blocks, ran a brilliant turn, and was never headed. He won 19.67 – 19.98, and might well have broken his 19.65 PB had he not slowed just before the finish.

The men’s 1500 went according to form as Timothy Cheruiyot (Ken) made his 6th Diamond League win of the year count for the most; he turned back defending World Champion Elijah Manangoi (Ken), 3:30.27 – 3:31.16.

Close finishes were the order of the day in several of the field events as well.

“Today I wanted to win only. I am happy with the result. Tomorrow in Brussels is my next competition,” said Colombia’s World and Olympic champion. She will try to take care of “unfinished business” in the long jump, as she called it in Wednesday’s press conference.

“The season started really hard,” said Stefanidi, “and I have to change a lot of details in my trainings because I was not doing that well… My season’s best today is very important. But more important is to finish the season healthy.”

The expected long jump duel between South African teammates Luvo Manyonga and Ruswahl Samaii did not disappoint. Manyonga popped a first-round 8.32 (27-3 ¾”) which stood until Samaii tied him in the 4th. The issue was in doubt until Manyonga’s spectacular 6th round 8.36 winner.

Women’s javelin witnessed a classic finish as Tatsiana Khaladovich won on her final throw to win in a season’s best 66.99 (219-9). China’s Shiying Liu had led since the third round (66.00), while Kara Winger (US) threw a season’s best as she finished 3rd in 64.75.

Mariya Lasitskene (Rus) won a surprisingly lackluster women’s high jump with a modest-for-her clearance of 1.97 (6-5½). The dominant jumper in the world - women or men – has only one loss this entire season, and that was after winning 45 in a row.

The second-best mark of the night belonged to Andreas Hofmann of Germany’s dominant javelin corps. His towering 91.44 (300’ 0”) won by almost 4 meters and ties for his second-best throw ever. The ebullient Hofmann was ecstatic with his first major title, and said that four throws over 90m in one season creates a “nice base” for next year – indeed! 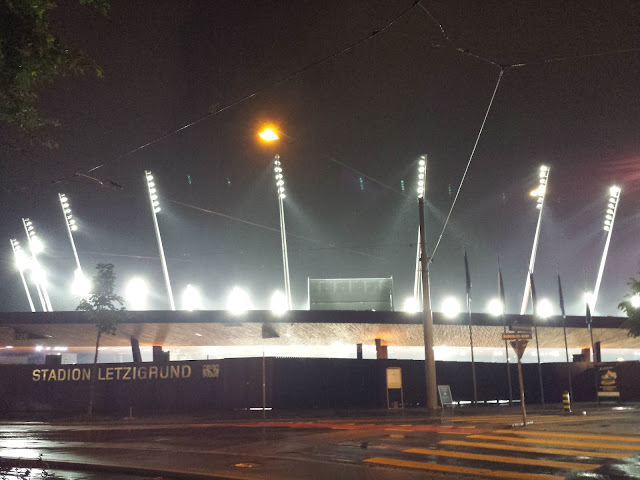