Shericka Jackson (Jam) and Noah Lyles (US) set the 200m world on fire at Hayward Field Thursday evening with two of the greatest 200m races ever run.

The women were up first and were treated to a deafening welcome by the Hayward Field denizens.

Shericka Jackson became the second fastest 200m runner in history with her mind-boggling 21.45. Her decisive stretch run put any doubt about who is #1 in Jamaica - much less the world - to rest.

Jackson is the #2 performer all-time with the #2 performance. Only Florence Griffith Joyner's controversial (there are questions about the wind gauge) 1988 21.34 is faster.

Next, Noah Lyles led a US sweep with a stunning 19.31 which makes him the #3 performer ever with the #4 performance.

Kenny Bednarek, who suffered a broken toe earlier this season, completed a resounding comeback for silver in 19.77. 18-year-old Erriyon Knighton won bronze in 19.80.

To put this in context: remember Michael Johnson with his golden spikes in Atlanta in 1996 when he set the world record?

This is faster than that, and makes Lyles the new 200m American record holder.

In the audience were Tommie Smith and John Carlos. They were introduced before the 200m races and received a warm, lengthy, and sustained standing ovation from the appreciative Hayward Field crowd. 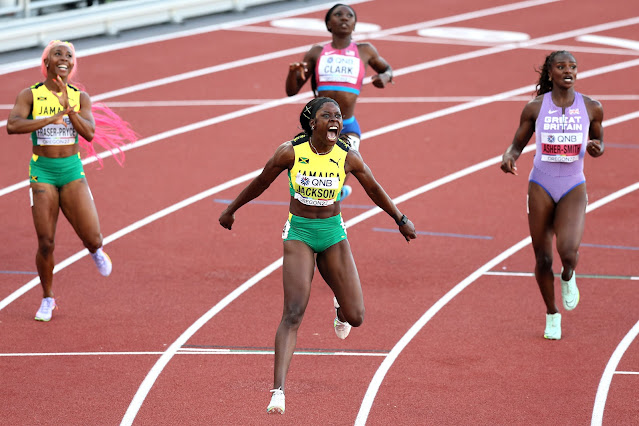 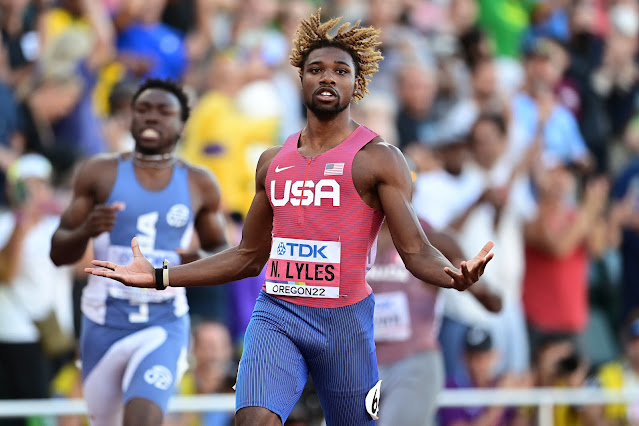 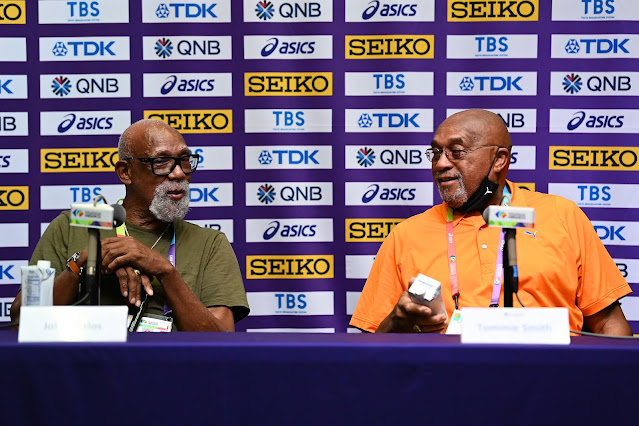